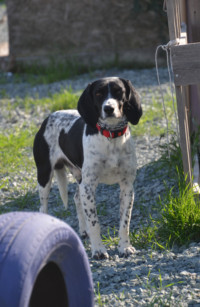 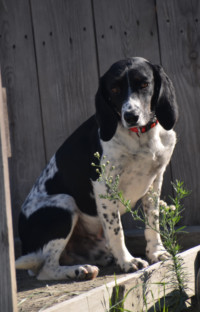 Monty is male Pointer cross estimated to be born January 2018, admitted November 2019.
Monty was spotted by volunteers in the area of Moni months ago. They found out that he was taking care of some puppies on his own. The puppies were all rescued by another rescuer and all this months Monty was all around the place without letting anyone to get him.
Simone and Marketta were feeding him and trying to gain his trust without any luck. Till the day that a trap was set and Monty got in

He is very timid. He does not trust people he does not know and will need time to do so.
He is fine with other dogs.