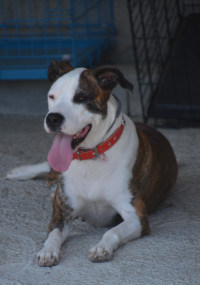 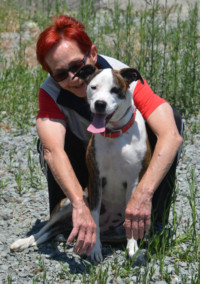 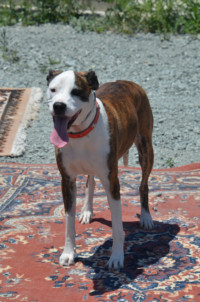 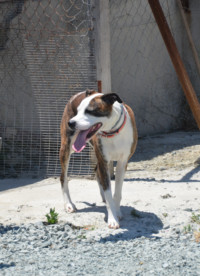 Harley is a female Am Staff cross estimated to be born December 2017, admitted May 2020.
Harley was rescued with her brother Snow back in March 2018. Harley was adopted immediately here in Cyprus and Snow later on in Finland.
Unfortunately Harley had to come back to the shelter as the lady that adopted her had to move back to the UK and couldn't take her along.
Harley is a very well behaved girl. Calm and obedient. She loves being around people and she is fine with other dogs.