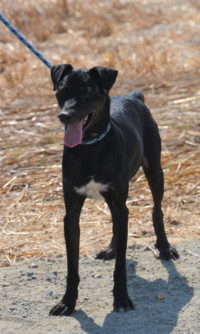 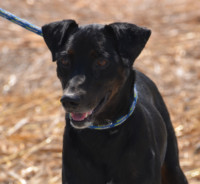 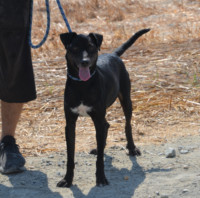 Dingo is a male Pointer cross estimated to be September 2014, admitted September 2019.
Dingo was dumped one night at our shelter. Our shelter manager heard the noise and run. A car was running to get away from the poor dog that was running after it. It was not easy to catch him as he was scared. His skin was in terrible condition caused by fleas.
Dingo is a very affectionate boy. He loves being around people and shows it in every way he can. Loves walks and he is fine with other dogs