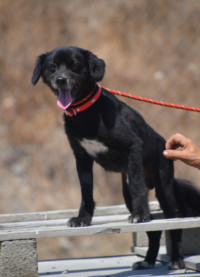 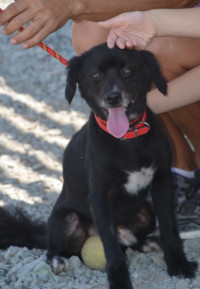 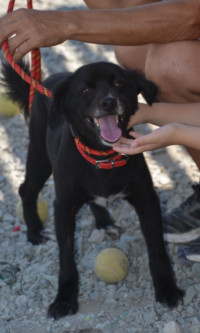 Blacky was surrendered to us by his family after becoming aggressive with his male owner. We know that Blacky spent his days chained in their garden once their second child had been born & suspect that this may be the reason for his aggression; they had him since he was just a puppy so we can only presume this is the reason for the change in his behavior. Whilst being at the shelter it has become obvious that Blacky has a defensive/guard dog aura about him which we are not surprised by; he is immediately defensive if a man approaches his pen, however is happy to go out on walks with them & even receive affection.

For the moment Blacky would be suited to a home of a single female, however we are working with our trainer to try and resolve his issues with men. Although Blacky has been fine around children, we would not suggest him being rehomed with kids for the time being.